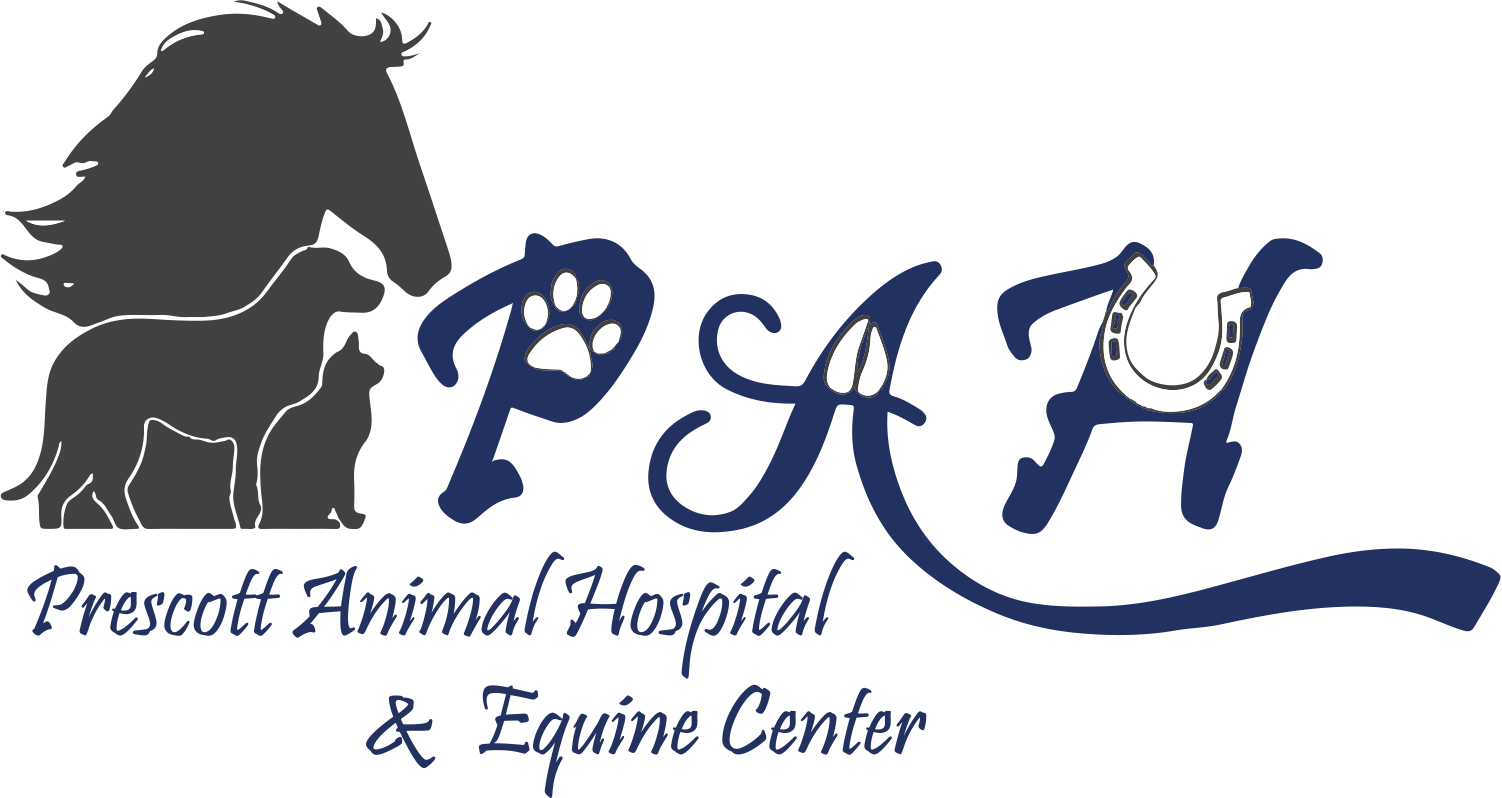 During October 2016, Timber was presented to a Prescott Animal Hospital Equine Center veterinarian on the farm for hives. Timber had no history of hives before this episode. He was mildly overweight with a body condition score of 6/9. He was treated with steroids, a standard treatment for an allergic reaction in a horse.

Five days later, Timber appeared unsteady on his feet, with possible neurological signs, and unwillingness to walk around his stall and paddock. The owner immediately called the clinic and he was evaluated that same day on the farm. Typically, it is not recommended for owners to trailer a horse that is unsteady or neurological due to the risk of falling in the trailer. Timber’s temperature, heart rate, and respiratory rate were all within normal limits and he had adequate gut sounds.

He had increased pulses in his front legs, indicating pain and inflammation within the hoof. Timber resisted efforts to get him to walk. When forced to walk, he gingerly placed his front hooves on the ground and took short, shuffling strides. He was very sore when turning on his front legs in both directions, indicating this was a bilateral problem (both fronts involved). He was sensitive to the hoof testers at the toe in both front hooves, indicating soreness in this area.

Based on the history and clinical signs, Timber was tentatively diagnosed with laminitis (layman term:  founder). Radiographs were taken of his front hooves to determine a prognosis. These showed no active rotation of the coffin (pedal) bone within the hoof capsule (laminitis without rotation) and no indication of previous laminitis bouts (chronic laminitis).

Blood was taken to find out the primary cause of the laminitis. Based on his obesity, bout of laminitis, and blood work findings, Timber was diagnosed with Equine Metabolic Syndrome (EMS), which is a disorder of insulin and glucose metabolism in the body. EMS is closely related to Type II diabetes in humans. The treatment for EMS in horses is caloric restriction (diet) and exercise. Due to Timber’s laminitis, exercise was not an initial option, so his nutritional program was evaluated. It was recommended to feed him 1.5% of his body weight in grass hay and a small amount of low-starch hay pellets formulated for horses with EMS. He was offered hay in small amounts frequently throughout the day in a slow feeder to discourage stall vices/boredom. Timber was put on a course of phenylbutazone (bute, an anti-inflammatory drug) to decrease inflammation in his hooves and control pain. He was also put on a thyroid supplement to increase his metabolism and encourage weight loss. It was recommended to the owner to confine Timber in a small area with soft bedding to encourage him to lay down and reduce the weight on his sore hooves.

Icing of his feet, although a management challenge, was performed by the owner. The ice was refreshed every 1-2 hours around the clock to reduce inflammation. The owner ordered Soft-Ride boots to provide support to the non-painful areas of his foot (frog and bars) and decrease pressure on the sore areas (toe).

Over the course of the next week, Timber’s foot pain reduced significantly with these intensive treatments. He was slowly weaned off the ice therapy, then the bute was reduced slowly. Timber made a full recovery and was reintroduced to light work 8 weeks later. The owner was counseled to continue his weight loss program with diet and exercise.

So, why did Timber get laminitis?

What is the link between EMS and laminitis? Could this have been prevented?
This case highlights a relatively common clinical disease (EMS) with a common clinical outcome (laminitis).

Nobody really knows why horses develop laminitis. It is a fairly unique disease to the horse. A lot of diseases are linked to laminitis, such as grain-overload and retained placenta in mares, as well as metabolic conditions such as Cushing’s disease and EMS. Clinical and laboratory research has enlightened us on many secrets of laminitis, but it is still a mystery why horses develop the devastating and painful disease. One of the key research findings in the treatment of laminitis is the application of ice to the feet. The earlier this is started, the better the outcome. Icing the feet poses a management challenge since the inflamed feet melt the ice quickly. Refreshing the ice every 1-2 hours is a must, but a true challenge to the average horse owner. Controlling inflammation is another key treatment. Anti-inflammatories, such as bute, help decrease inflammation and pain. Getting the horse to lay down more often, by providing a soft place to rest, will give them relief on their sore hooves. Sometimes just providing a horse with a deeply bedded sand stall will help them stand more comfortable because they dig their toes in the sand and the sand supports their heels.

EMS is a metabolic disease of the horse, causing them to gain weight due to improper glucose and insulin regulation in the body. In a normal scenario, when glucose rises (during a meal), insulin rises to control the level of glucose. As glucose levels decrease (after a meal), so does insulin. In an EMS horse, this feedback loop does not function well and the insulin level remains high. EMS is more common in some breeds, such as the Morgan, Tennessee Walking Horse, Paso Fino, Mustang, Saddlebred, Quarter Horse, and pony breeds. It is relatively uncommon in the Thoroughbred and Standardbred. An “easy keeper” horse should be evaluated by a veterinarian if they fail to lose weight despite a good nutritional program and regular exercise.

Many horse owners have heard stories about steroid administration causing laminitis in the horse. The link to steroid use and laminitis in the research literature is weak, at best. Many horses get steroids for different reasons and laminitis isn’t common in these populations. But, if you have an obese horse with undiagnosed EMS, that is already prone to laminitis due to the metabolic disease, administering steroids may push them over the edge to developing laminitis, as in the case of Timber. The steroids did not cause the laminitis, the predisposing disease in the horse caused the laminitis.

Though the names and dates have been changed for the owner’s privacy, this is a true story. Hopefully, it gave you some insight into Equine Metabolic Syndrome and the devastating disease of laminitis. The favorable outcome was a blessing for this owner, but the outcome can be variable depending on time of detection and response to treatment. Prompt veterinary involvement to diagnose and treat him, as well as an owner dedicated to providing the best care, was integral to getting him back on his feet (no pun intended!).